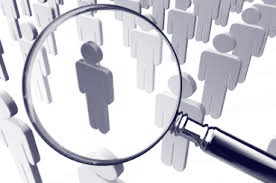 SIPP pensions, in particular may be on the agenda, as the amount of compensation paid out over mis-sold SIPPs increased again to £112million from the FSCS in 2017/18. SIPPs were also mentioned in a letter to the Pensions Select Committee of MPs by the FCA’s Executive Director.

SIPP pensions can be a great way for some people to save for retirement. But many SIPP schemes have been abused by marketing and investment companies, who persuaded people to make high-risk investments through them, for which they are not suitable.

This has led to thousands of claims for negligent financial advice against advisers.

The FCA has said that the ongoing investigation has so far resulted in four financial advisers stopped from holding senior positions at firms, and one banned outright from doing so.

What About SIPP Providers?

The FCA was asked about enforcement action against SIPP providers, as the question about their own failures to stop pension mis-selling was asked again.

An FCA spokesperson confirmed that 2 SIPP providers were in the spotlight of the enforcement division of the FCA, relating to apparent due diligence failings on high-risk investments.