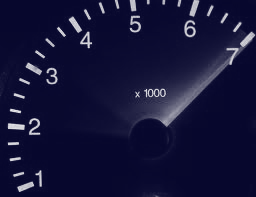 More mis-sold SIPPs on the horizon?

The FOS has released figures showing a 76% increase in complaints regarding SIPPs for the period between July and September 2017 when drawing a comparison to the same time in 2016.

Following the upwards trend of SIPP related complaints to financial authorities often mirrored in other SIPP complaint data released over the last 2 years, the 76% increase goes some way to confirming a pension mis-selling crisis is on the horizon, if it isn’t here already!

Last year, July through September brought 435 enquires and 432 new cases to the Ombudsman’s doorstep. This year, the same period brought a whopping 767 SIPP related enquiries, leading to 498 cases, 193 of which were passed to an Ombudsman. 49% ended up being upheld, meaning that the Ombudsman felt the complaint was valid, and action will likely have been taken.

Recently, there seems to have been movement from the regulator in the direction of stemming the flow of complaints about SIPPs by finding ways to stop the cause of complaints at the root, such as their recent announcement that IFAs will be required to report “risky” product recommendations to the FCA as soon as they happen, giving the FCA a clearer picture of the what’s happening at a client-adviser level.

What are SIPP complaints about?

In theory, they could be about anything from undisclosed fee’s, to high-risk investments that were mis-sold by IFAs, putting clients at risk of losing their pensions due to the nature of the investments, such as overseas property.

If you have concerns over your own SIPP arrangements, you can speak to one of our case assessors for a FREE and No-Obligation check of your SIPP claim potential.