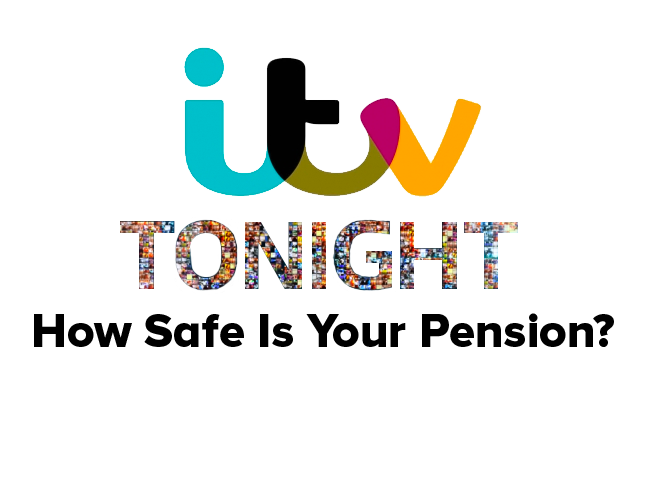 Finally, the mainstream media has started to pick up on the huge issues within the pensions industry; pension mis-selling.

People now have much more freedom to cash in their pensions at the age of 55, and this has triggered an increase in some unscrupulous companies getting their hands on people’s pension pots and investing them into unregulated, high-risk schemes.

This evening, Luke Sharman, a director here at Get Claims Advice appeared on ITV1’s Tonight programme How Safe is Your Pension? talking about the issues and the scale of the problem after the show conducted an undercover investigation into a firm accused of mis-selling: Cherish Premier Wealth.

Allan Gare, who features on the show, received a cold call from them whilst recovering from cancer and was persuaded to invest in property in Detroit and forests in Costa Rica. He lost almost all of his savings just five years later. He’s now one of our clients.

Luke says; “Allan’s story mirrors that of thousands of others who have been victims of companies using high pressure tactics and cold calls to persuade people to make huge decisions about their pension funds – with the promise of hundreds of thousands of pounds in retirement. These companies are often then invited into the home to go ahead with a pension review. They’re very direct and they can play on people’s emotions. People lose all their pensions through risky investments and bad advice and now have to work for the rest of their lives without a pension. It’s very sad.”

Get Claims Advice is passionate about raising awareness around pension mis-selling and educating people on the risks of these unregulated investments. Which is why things like the ITV1 Tonight programme are so important – bringing the issues to the mainstream, directly into people’s living rooms on prime time TV.

Even though the Financial Ombudsman Service has revised the number of cases it expects to handle that involve pensions and investments from 13,100 to 16,000 for the 2017/2018 period (an increase of 22%) we still think this doesn’t show the full scale the problem. Most people are unaware they have been mis-sold a pension, right up until the moment that one of their investments goes into liquidation, which can be months or years later – so how many more are yet to surface?

Have you had a pension review, and transferred to a SIPP? Worried you may have been mis-sold your SIPP? While we have no reason to believe there is anything illegal with these pension investments this does not mean they are suitable for everybody. We can give you a free, no obligation assessment to see if you’re entitled to make a claim. Read more about mis-sold SIPP claims.