Allan Gare was mis-sold the transfer of his final salary pension and some others, which lost him thousands. Here’s what happened to his pension, and how Get Claims Advice helped with a winning mis-sold pension claim using our highly developed pension claim process.

Think you may have been mis-sold? 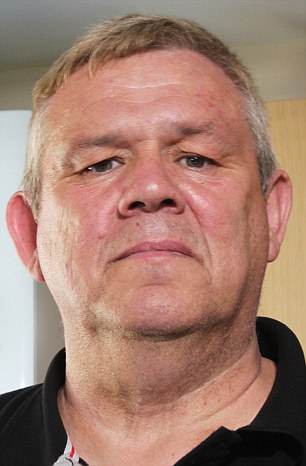 Alan had a final salary pension

Allan gained an armed forces final salary pension through his years of service with the British Army, before leaving his life in the military behind and forging a life in civy-street.

Gaining a few other pensions along the way, he eventually received a cold-call from a marketing firm offering a free pension review…

Pension transferred after a cold-call

The caller said a review would be a great way to see if he can get more for retirement if he consolidated and moved his pensions, and if it didn’t look right to move it, he could leave them when they were – no charge!

Little did Allan know that the caller’s company was owned and operated by an unregulated investment company, which used the marketing firm to funnel millions into the investment – and overseas hotel scheme in Cape Verde.

They made the move seem like a no-brainer for Allan, promising high-returns in comparison to his final salary pension.

The financial adviser (who was recommended by the pension review people) told Allan that transferring his final salary pension and other deferred schemes would be a great idea, generating him more money for retirement.

But it wasn’t properly explained to Allan that by transferring his army pension, he would be giving up a guaranteed income in retirement and other valuable defined benefits.

Not only that, but it wasn’t properly explained that the move to the SIPP and underlying investments were also unsuitable for him, exposing his money to the risks of an unregulated, offshore company!

With so many people being advised to invest in the overseas company through SIPP pensions, the schemes soon attracted attention, and so did the sort of advice that Alan received.

Now aware that something might be up, Allan responded to an offer of a Free Initial Assessment with the team at Get Claims Advice, rather than trying to go it alone with a complaint letter template.

Familiar with the sort of advice Allan had received, the team quickly identified that Allan may have a claim and could be owed compensation for having been told to give up his army pension and make a risky investment.

Get Claims Advice gathered the information from the relevant parties such as SIPP providers and his former pension companies, and set about building Allan’s claim with experience, knowledge and strategy all with no upfront costs.

While Allan went about his life, Get Claims Advice kept the pressure on, chasing for paperwork and an answer to the big question: Who would pay out on Allan’s claim?

Eventually, the hard work paid off, and Allan’s case was awarded tens of thousands*.

Now, Allan is able to rebuild his plans for retirement, and takes regular holidays in Thailand!

How was the pension mis-sold?

Allan’s old armed forces pension is what is referred to as a Gold-Plated final salary pension, guaranteeing him an income in retirement.

The FCA considers these pensions to be both rare and valuable, and in most cases if the transfer advice rules are applied correctly, people should are usually advised to stick with them instead of risking a transfer.

Only in certain fairly rare circumstances are final salary transfer considered to be suitable, usually for unmarried people with no dependents and perhaps with health issues – but each case in unique and the advice should be too.

Not only was Allan given unsuitable advice to transfer, but the destination pension scheme was particularly risky and unsuitable for him.

High-risk overseas pension investments are only really suitable for people who are High Net-Worth Individuals and Sophisticated Investors (for instance, somebody earning over £100k per year and with plenty of investment experience).

As with most mis-sold pensions, the financial adviser failed to give suitable advice given Allan’s financial and life circumstances, taking his guaranteed pension benefits and exposing his money to more risk than would have been suitable for him.

It was against the advice Allan received that Get Claims Advice made the claim on his behalf.

Because Allan’s financial adviser had become insolvent, Get Claims Advice put his case to the FSCS who had announced they would be looking at claims made against the adviser.

Allan’s case was accepted, but like all claims during that time was capped at a maximum of £50,000.

What is wrong with transferring a final salary pension?

It all depends on the circumstances for each individual, and you should always seek independent advice from an impartial, FCA regulated adviser if you are considering moving a final salary pension.

Unfortunately, even regulated advisers don’t get it right 100% of the time. In fact a targeted study by the FCA revealed that less than half of the pension transfers they examined featured suitable advice!

This was the same with Allan’s pension transfer, as moving his pension didn’t put his money at risk and lost him his guaranteed income in retirement.

Could Allan have made the claim himself?

Anybody is free to go toe-to-toe with their financial adviser, or take their claim to the Financial Ombudsman or FSCS where applicable, and may make sure of various pension complaint letter templates online.

Allan chose to use Get Claims Advice on a no upfront costs basis, ensuring his claim was made with knowledge, experience and a proven strategy, with most of the work done for him.

Speak with a specialist today