Home / Is Your Pension Safe? 25 more firms in default with the FSCS

Is Your Pension Safe? 25 more firms in default with the FSCS 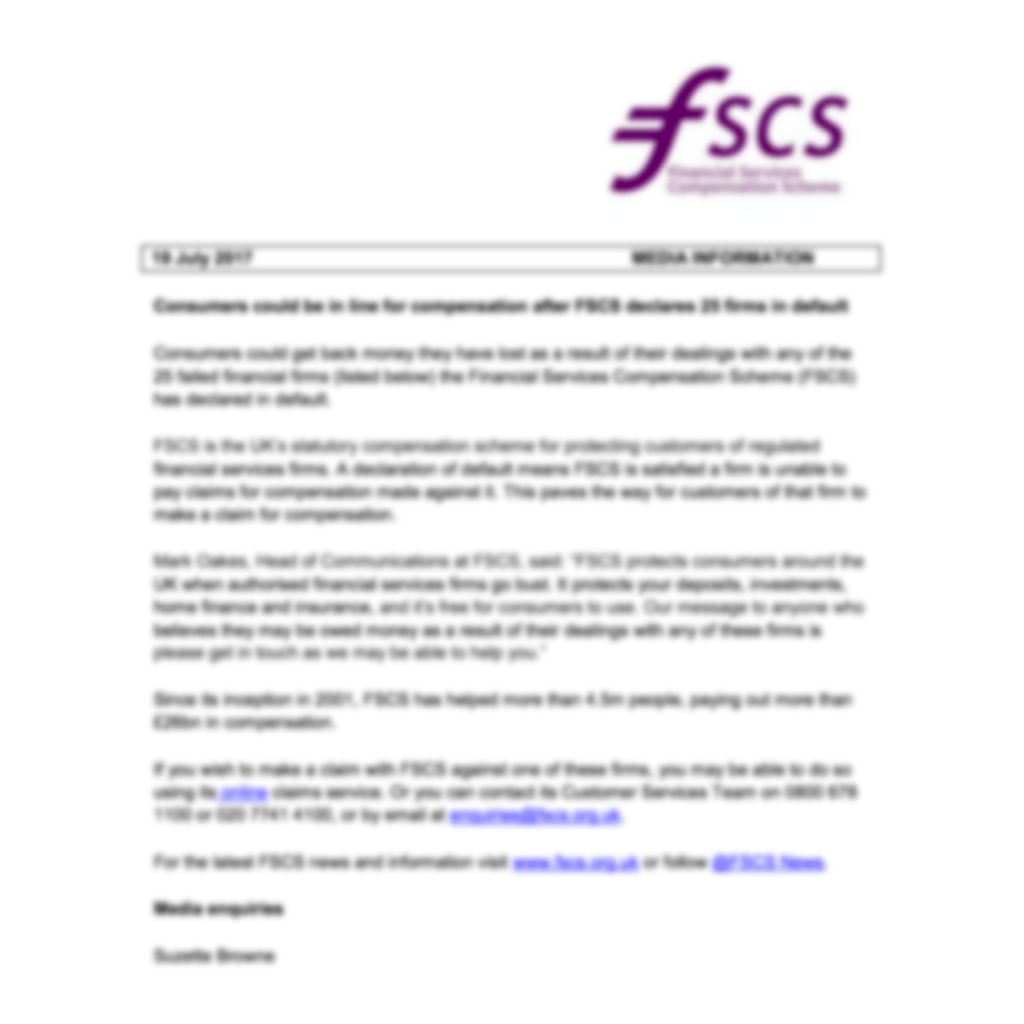 The FSCS has declared another 25 firms in default, meaning that they are satisfied that the firms can’t pay claims made against them for things like negligent advice

25 more firms have been added to the ever-growing list of financial services outfits that don’t have the dough to pay claims for compensation made against them. The Financial Services Compensation Scheme, which released the list on the 9 July 2017, is setup to payout compensation for those people who have been wronged by an IFA or other service provider regulated by the FCA, but only when the firm is unable to pay the client itself through a direct claim, or if commanded to by the Ombudsman.

While not all of the firms on this list dealt with pensions, we know that some did, and have already made some successful claims against their advice, often after they moved client money into a SIPP, and invested it in high-risk and non-standard products. You can find a list of more commonly sold (or mis-sold) high risk investments here.

The team at Get Claims Advice are specialists at spotting mis-sold pensions, and can usually identify whether you have a case over a FREE initial pension advice assessment, with no obligations attached.

If YOU’VE moved your pension as a result of advice from any of the firms above, we WANT TO HERE FROM YOU! Just use our FREE pension advice checker to find out if you’ve got a case for a claim to SAVE YOUR RETIREMENT!