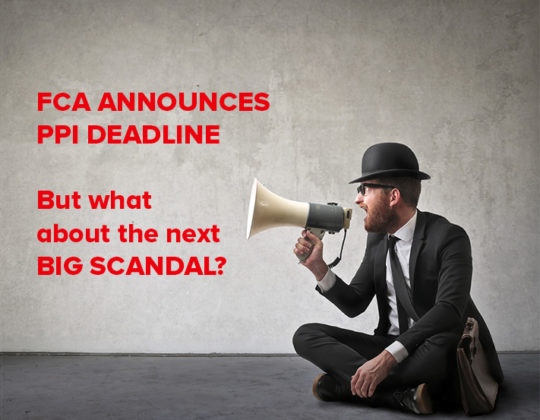 The authorities are gearing up to put an end to PPI, but is an even worse scandal lurking around the corner? The Financial Conduct Authority has publicly announced on their website that they are drawing a line under the PPI scandal, by creating a deadline for which claims should be made by those who may … Continued