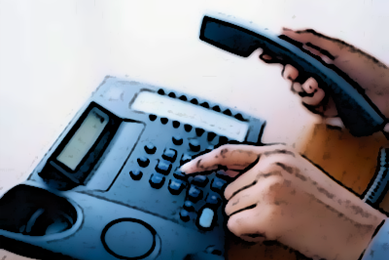 Members of Parliament have called on the government to bring in the proposed cold-calling ban as urgently as possible, with the hopes of “bolting” the new laws on to the upcoming “Financial Guidance and Claims Bill”.

The Works and Pensions committee has been collecting evidence about pension transfers for some time, in an effort to combat dodgy pension transfers and scams that many in the industry believe have been rife for the last 6 or 7 years and have caused untold damage to thousands of investors.

Here at Get Claims Advice for instance, we long-ago noticed that most of the mis-sold SIPP cases we help with start with a cold-call, usually from a pension review company, offering a free pension comparison. But at the end of the day, these companies don’t get paid commission or collect fees for people’s pension reviews if they don’t then go on to transfer, meaning high-pressure tactics are them employed to encourage people to transfer their pensions, often to invest in high-risk investments through SIPPs.

“Avoidably conned out of their life-savings”.

The pensions cold-calling ban has been in the works for some time, but with other things seemingly higher-up the governments priority list, it has left a situation that Frank Field, committee chairman described; “Every day that passes without a ban, people are being avoidably conned out of their life savings. There is no need to over-complicate this: our proposal would see an enforceable ban in place by summer, closing at least one door on rafts of scammers at a stroke”.

There is little doubt that a cold-calling ban on the topic of pensions is a step in the right direction, however industry critics have pointed out that this would not necessarily stop cold-calling in from call-centres abroad, and people should still be on guard.

If you’ve had your suspiscions raised by your own pension switch of transfer and want to speak to a claims specialist for a FREE initial assessment, just fill in the form below and we’ll call you back, or ring 01204 205 061 to skip the wait!

Get Claims Advice Ltd are specialists in mis-sold pensions claims, focusing on mis-sold final salary pension transfers and SIPP claims. Get Claims Advice Ltd is authorised and regulated by the Financial Conduct Authority Reg No 831103. We've helped recover over £50 Million* from pension mis-selling cases on behalf of our clients, all on a No Win - No Fee* basis.