Get Claims Advice are specialists in finding and making mis-sold pension claims, recovering over £50m* in compensation on behalf of our clients using knowledge and experience gained from well over 1000 successful pension mis-selling claims including final salary pension transfer claims.

Think you may have been mis-sold a pension?

If you think you may be one of the hundreds of thousands of people in the UK who have been unknowingly mis-sold their pension through a SIPP, SSAS, QROPs or final salary pension transfer, then our team want to hear from you for a free initial assessment.

Our pension claims process starts with a Free Initial Assessment to see if your story has the signs of pension mis-selling, to see if you can make a No Win – No Fee* claim.

We LOVE winning pension claims for our clients, and it’s meant we’ve recovered £MILLIONS on their behalf.

Can we do the same for you, too?

Can you make a mis-sold pension claim?

Fill in the form below and one of our team will be in touch for a free, friendly, no-obligation chat to assess your situation

What are mis-sold pension claims?

Mis-sold pensions are a huge growing issue in the UK as more and more people suddenly realise they’ve been left out of pocket or had their money put at risk by negligent financial advice, sometimes only when they reach retirement!

Each case is a little different, and can include defined benefit pension transfers, SIPP pension, multiple pension providers and investment mis-selling, and/or a mis-sold annuity.

In 2017/2018, the FSCS alone paid out over £112 million for SIPP claims, and that’s not counting the millions from the Financial Ombudsman Service and individual companies for final salary pension claims.

Every type of pension mis-selling has the potential to ruin a retirement fund, leaving people reliant on the state pension in old age (if they have one).

Mis-sold pension claims are often a way to fight back and get compensation for pension mis-selling – something the team at Get Claims Advice are specialists in.

Fill in the form below and one of our team will be in touch for a free, friendly, no-obligation chat to assess your situation

How does a mis-sold pension claim work?

Mis-sold pension claims are a way to hold a party responsible for giving bad pension advice, and hopefully obtain compensation for any losses or potential risk the advice caused, and while complaint letter templates exist, many people turn to a specialist.

At Get Claims Advice Ltd, our team of mis-sold pension claim specialists have a highly developed pension claims process we run through with each client, and it all starts with a FREE initial assessment.

How much compensation could I be owed?

How much compensation your mis-sold pension claim could be worth all depends on how much you have lost or stand to lose, and who is able to pay the compensation.

Claims can sometimes be just a few thousand pounds, but regularly stretch into the tens of thousands of pounds*, just like in Allan’s mis-sold pension case study.

Get Claims Advice have regularly claimed back the maximum £50,000 FSCS compensation payment for many claims over the last few years, and have even won claims well over £100,000* for their clients. 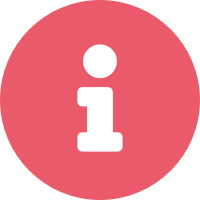 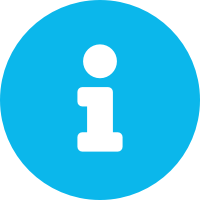 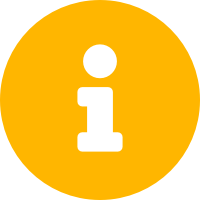 Annuities Claims
Get started with Get Claims Advice

Has my pension been mis-sold?

That’s the big question that needs answering.
While we’d need more information about your pensions to confirm you are eligible to claim, you may have a mis-sold pension if any of the following applies to you…

Is pension mis-selling the same as PPI?

You could say there are similarities because of the huge number of professional companies that gave the wrong advice and mis-sold financial products.

But there are differences too – pension mis-selling can leave people with no-money to retire on. It can be wrapped up with scams, and both losses and compensation offers often stretch into the tens, if not hundreds of thousands!

Can I claim for a mis-sold SIPP pension?

If you were told by a regulated financial adviser to transfer to a SIPP pension provider and make investments that may have been unsuitable for you, then you may be able to make a claim. Take a free initial assessment to see if this applies to you.

Can I still claim for a pension transfer from years ago?

We believe every potential claim is worth looking into – it could change somebody’s life!
That being said, the team at Get Claims Advice are unable to look into pension transfers that happened before 1994.

If the transfer happened after that, get in touch for a free initial assessment – it could be something our experienced team are able to help you with!

How can I make a mis-sold pension claim?

Every case is different, but often you will be able to make a complaint to your financial adviser or pension company. Failing that, the Financial Ombudsman Service or the FSCS should be able to help.
If you would like Get Claims Advice to represent you, just get in touch for a free, no-obligation chat!

Technically pension mis-selling is not usually a criminal act, but it may be if it extends to fraud. Regulated parties can be fined for negligence and forced to pay compensation, but rarely face criminal charges.

That doesn’t mean you may not be able to get money back if you’ve been mis-sold. Take a free initial assessment with Get Claims Advice to see if you can make a mis-sold pension claim.

Can I sue my financial adviser?

You may not need to. Because all financial advisers giving pension advice need to be regulated by the FCA, they have strict rules to follow, and a claim can be made if they fail in their duties.

You can take a free consultation with Get Claims Advice to see if you can make a claim on a No Win – No Fee* basis.

Is there a mis-sold pension complaint letter template?

While every claim is a little different (sometimes a LOT different), there are some things that end up in pretty much every claim.

You can read about mis-sold pension complaint letter templates here