Did you transfer a Jaguar Landrover pension?

Jaguar Land Rover, which formed back in 2008 when the two famous car brands merged, remains an iconic UK brand, that rewards many of it’s past and present employees with a Defined Benefits pension scheme through the Jaguar Land Rover pensions schemes – a promise of a guaranteed income in retirement, based on their salary.

Not only that, but defined benefits pensions cost nothing for scheme members to run, are protected up to 90% of their value by the PPF. They also often come with valuable Death In Service benefits too, which may pay out as much as 50% to a spouse if the scheme member dies before they retire.

Considered ‘Gold Plated’ pensions, defined benefits pensions should only be transferred in certain fairly rare circumstances, as doing so will almost certainly expose the pension to more risk than would be suitable, and the irrevocable loss of benefits.

But despite these benefits, many people are persuaded to transfer their defined benefits pension, and often, this is down to negligent pension advice.

If you transferred from Jaguar Land Rover, you may have lost a guaranteed income in retirement and may be able to make a claim for a mis-sold final salary pension transfer.

The FCA, that makes the rules about transferring from defined benefits pensions such as these, says that financial advisers should start from the assumption that a transfer is the wrong decision, and to PROVE that it isn’t on a case by case basis in order to make the recommendation.

This is because any transfer of a final salary or career average pension is going to expose that retirement fund to risk, usually more than most people should be undertaking considering the relatively safety of the original pension.

Over the past few years, many financial advisers have been quizzed about the pension transfer advice they have been given, and others have had their ability to give advice suspended or taken away.

If you transferred your Jaguar Land Rover pension, you may be able to claim. Speak with a specialist for free to discuss your options.

If you transferred your Jaguar Land Rover pension on the advice of a financial adviser, after a free pension review, or after feeling pressured to do so, then you may have been mis-sold.

While many people will have been told they can get more money in retirement by transferring, this may not be the case, as recent studies have shown.

Defined benefits transfers put pensions at risk. Find out if you can make a claim with a FREE initial assessment with the team at Get Claims Advice Ltd. 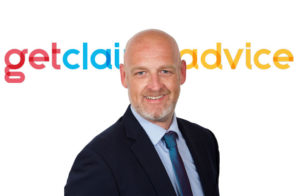 If you’ve transferred your Jaguar Landrover pension, then you may have lost money in the long run, may have been mis-sold, and may be able to make a claim.

Get Claims Advice Ltd offer a FREE initial assessment to test your case for signs of pension mis-selling, to see if you can make a claim with no upfront costs!

We’ve recovered over £80Million* on behalf of our clients

If you needed any more reason to choose Get Claims Advice, we’re experienced with Final Salary Claims. Use the button below to see an example of a real life successful claim we\'ve made on behalf of one of our clients